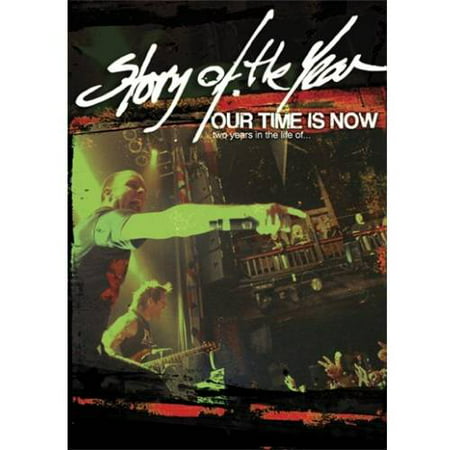 In January of 2005, after nearly two years of touring, Story of the Year headed back into the studio to write and record their second full-length album. By that summer, they had completed what proved to be a more focused, mature record, represented a new level of musicianship and songwriting for the band: In The Wake Of Determination”. Immediately after finishing it, they began touring in support of the record, which was released October 2005. The tour brought Story of the Year to new fans, new places, and some of the biggest, most intense crowds to date. As always, cameras rolled and captured the experiences along the way. “Our Time Is Now” is the story of those two years. It’s a two-part feature that includes a never-before-seen look into the band’s writing and recording process and a home-video-style documentary of their life on the road. “The Making Of ‘In the Wake Of Determination'”; Deleted Scenes; “We Don’t Care Anymore” Music Video; “We Don’t Care Anymore”: Making the Video; “Take Me Back” Music Video; “Take Me Back”: Making the Video; Trailer.